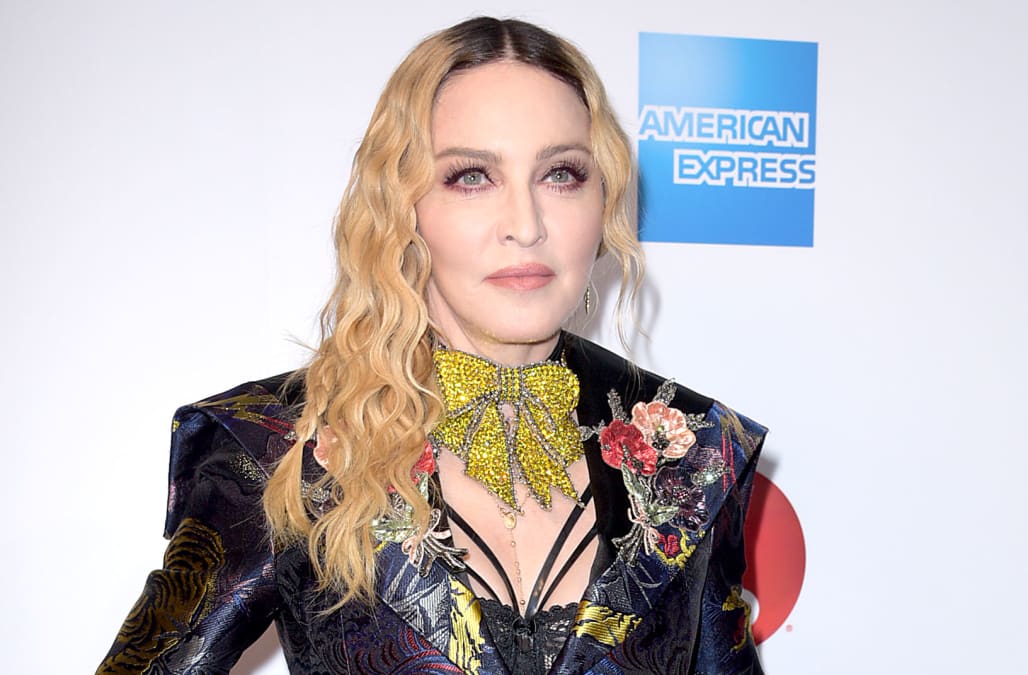 Madonna is speaking out in response to rampant internet rumors that she got butt implants.

After days of building speculation over her ample bum, Her Madgesty took to Instagram on Thursday, January 3 with a message that seemingly addressed the body-shamers. “Desperately Seeking No Ones Approval………………. And Entitled to Free Agency Over My Body Like Everyone Else!! Thank you 2019! Its Going to Be an amazing Year!!! #2019 #freedom#respect #nofear #nodiscrimination,” the pop icon wrote.

The theory that the 60-year-old singer had physically enhanced her buttocks with plastic surgery came after a video of her surprise New Year’s Eve performance at NYC’s Stonewall Inn — and screen grabs showing a potentially enhanced hiny in tight black pants — went viral.

While the “Like a Prayer” singer’s latest Instagram post seems to address body-shaming trolls, fans immediately noticed she didn’t flat-out deny obtaining a rounder rear-end. “Your body, your rules, you are what you are now,” wrote one. Another said of her tush, “I’m a fan 4life and it’s you’re [sic] prerogative…I just wish the physician would’ve done a better job.” Others commenters were complimentary of both the keister and the celebrity. “Stunning as always,” one wrote.

Meanwhile, Us Weekly has heard whispers that the Desperately Seeking Susan actress did indeed get butt implants about six months ago. A rep for the singer has not responded to a request for comment.

Over her decades in the spotlight, the youthful-looking mother of six — Lourdes Leon, 22, Rocco Ritchie, 18, David Banda Mwale Ciccone Ritchie, 13, Mercy James, 12, and 6-year-old twin daughters, Stelle Ciccone and Estere Ciccone — has faced plenty of plastic surgery speculation, though the outspoken star has never confirmed going under the knife. She has, however, been very vocal about staying in shape and following a strict, clean eating regimen. Madonna was one of Hollywood’s early adopters in touting the benefits of a macrobiotic diet.

NEW YORK CITY – JUNE 11: Singer Madonna attends the After Party for the Closing Night Concert of the Virgin Tour on June 11, 1985 at the Palladium in New York City. (Photo by Ron Galella, Ltd./WireImage)

NEW YORK CITY – JUNE 11: Singer Madonna attends the After Party for the Closing Night Concert of the Virgin Tour on June 11, 1985 at the Palladium in New York City. (Photo by Ron Galella, Ltd./WireImage)

Madonna at the The Palladium in New York City, New York (Photo by Ron Galella/WireImage)

Madonna walks among a crowd of people, on her way to the premiere of Desperately Seeking Susan, on March 29, 1985. She costarred in the film with Rosanna Arquette and Aidan Quinn. (Photo by ï¿½ Bettmann/CORBIS/Bettmann Archive)

File Photo of Madonna in Los Angeles on October 29, 1987 (Photo by Barry King/WireImage)

NEW YORK CITY – JUNE 16: Singer Madonna arrives for her performance in the Broadway play ‘Speed-the-Plow’ on June 16, 1988 at the Royale Theatre in New York City. (Photo by Ron Galella/WireImage)

Madonna poses for photographs circa 1989 in New York City.

More from Us Magazine:

Is that you, Teresa? Fans freak over the ‘Housewives’ star’s extreme tan

Sherri Shepherd unveils her body 260 days after giving up sugar

In the Louis CK Debate, Both He and His Critics Are Wrong - Newser

‘Natalie Wood: What Remains Behind’ celebrates her life, but falters in places – CNN